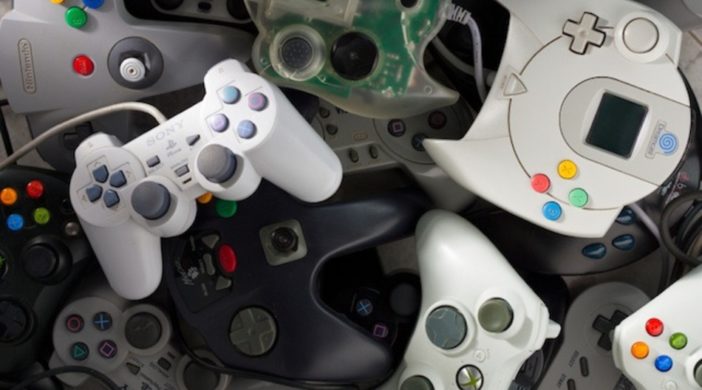 The best parts of the open-world Arkham games come at the end. That’s not a slight against the games’ quality. I love them a great deal – with the sole exception of Origins – and have sunk more hours than I wish to calculate about into rinsing City and Knight.

No, what I’m talking about is the way that Rocksteady handles the tricky matter of the end-game. The point at which you’ve completed the main story, but are not quite done.

Thankfully we’re – mostly – past the point where open-world games used to just bump us back to a pre-completion save point after the final confrontation. They understand that we want to keep playing. They get that we want persistence. But where the likes of Fallout now happily accept that their main story is merely one small part of the game, and allow us to treat it like just another side-quest once complete, the Arkham games do something rather more special. They use their end-game periods to add serious, retroactive meaning to their stories.

But before we get onto that, there’s the mechanical element to consider. The Arkham games have long been praised as Batman simulators, works that so instinctively understand what the character is about that they can effortlessly take us ‘back-stage’ to see how the man constructs the persona without ever disempowering the version that the criminals see. They show us – by practical experience – how hard Batman has to work in order to appear invulnerable, and they turn each and every evasion, attack, and stealthy dismantling of mobs into a knife-edge of tension and thrills. The end-games though, take the idea to a new level.

At this point, we get a real Batman simulator. Not the snapshot, action-movie version, but a feeling of what it’s truly like to be the Bat, out on patrol, unseen and unheard in the darkness of the sky, night after night after night after night. There’s no longer any prescribed narrative drive dictating our actions. No more waypoints to guide us, or any scripted, false urgency trying to push us to the next objective. There’s just the cape, the darkness, the criminal element somewhere far below, and whatever we decide to do next.

And that changes everything. Tonally, we’re no longer playing the same game. Once the drama, and the glory, and the victory are over, it gets lonely up on those rooftops. The plot-relaying radio chatter dies down. The urgent mission music fades. It’s just wind, and the vague murmuring of goons. The spectacle is gone, but the Batman remains, as he must, without thanks or attention. And that’s when you realize. This is what it’s really like.

The games use that brilliantly. Because now that you have time to think, they hammer home the idea that Batman has a lot to think about. Most action games live in the moment. They show you the consequences of your actions no further than the point that the fist or the bullet connects. But the Arkham games are all about consequences, and they love to make you face them.

City does it best, by nature of having that ending to play with. Something fundamental has changed in Batman’s life. A relationship which defined his existence – far more profoundly than he ever liked to admit, has gone – and now he’s more alone than ever. As he navigates the Arkham skies, cleaning up side-quests, solving lower priority mysteries now that the main event is over, and otherwise trying to settle back down into his normal routine, City plays with the loneliness of that freedom to ensure that normality never quite arrives.

The world’s dialogue has changed. Everywhere, the events of the story’s climax preoccupy criminal minds, the city below reflecting Batman’s thoughts, concerns and regrets back up at him. Some goons are happy. Some are genuinely upset. Many more are scared and uncertain of the future. They’re not the only ones. The increasingly empty space in the city – and its quest-list – acts as an echo chamber, as less and less distractions become available. Eventually there’s nothing left but the voices, and the opportunity to pointlessly, temporarily silence them with a clenched fist. This is what it’s really like to be the Batman.

Knight does a good job with this stuff too. After the events of the story’s climax, things have fundamentally changed again. Batman knows that his time is now limited, if indeed he can even be Batman any more. And again, the city reflects this crisis. The gangs below are entirely uncertain as to how things might change for the better or the worse now that the mask has fallen and his power is diminished.

One particularly brilliant line of goon dialogue has the mook in question pondering how he should relate to the Bat now. “What am I supposed to do, shout ‘Look out, it’s Bruce Wayne’?” This lends the final side-quests an amplified poignancy. A few hours ago they were simple mop-up jobs, but now Batman knows they might be the last things he ever gets to do for a city that might soon have to carry on without him.

Many have criticized Arkham Knight – and justifiably so – for its arbitrarily slow unlocking of side-missions, but by the end-game, intentionally or not, this pacing lends them an extra, more meaningful purpose. Rocksteady’s Arkham games – systemically, tonally, and artistically – are fantastic pieces of work, but it’s only at their end that you truly discover just how much more they are than the sum of their already excellent parts.